What is Model UN?

Model United Nations, also known as Model UN or MUN, is an educational simulation and academic competition in which students learn about diplomacy, international relations, and the United Nations. MUN involves and teaches research, public speaking, debating, and writing skills, in addition to critical thinking, teamwork, and leadership abilities. While MUN is usually an extracurricular activity, some schools also offer Model UN as a class. 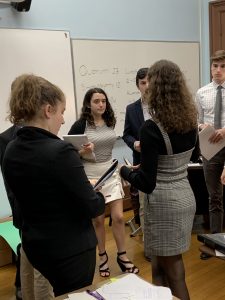 Participants in Model UN conferences, referred to as delegates, are placed in committees and assigned countries, or occasionally other organizations or political figures, to represent. They are presented with their assignments in advance, along with a topic or topics that their committee will discuss. Delegates conduct research before conferences and formulate positions that they will then debate with their fellow delegates in committee. At the end of a conference, the best-performing delegates in each committee are sometimes recognized with awards.

MUNs are run by a group of administrators known as the dais. A dais is headed by a Secretary-General. Each committee usually has a chair, a member of the dais that enforces the rules of procedure. A delegate may request the committee as a whole to perform a particular action; this is known as a motion. Documents aiming to address the issue of the committee are known as resolutions and are voted for ratification. 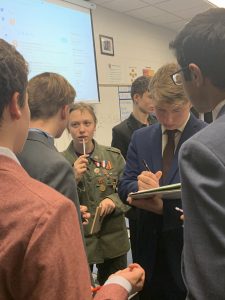 MUN committees can be divided into three general sessions: formal debate, moderated caucus, and unmoderated caucus. In a formal debate, the staff maintains a list of speakers and the delegates follow the order written on the ‘speaker list’. Speakers may be added to the speaker list by raising their placards or sending a note to the chair. During this time, delegates talk to the entire committee. They make speeches, answer questions, and debate on resolutions and amendments. If there are no other motions, the committee goes back to formal debate by default. There is usually a time limit. In a moderated caucus, the committee goes into a recess and the rules of procedure are suspended. Anyone many speak if recognized by the chair. A vote on a motion is necessary to go into a moderated caucus. There is a comparatively shorter time limit per speech. In an unmoderated caucus, the delegates informally meet with other delegates and the staff for discussions.

Resolutions are the basis of all debate. They are considered the final results of conversations, writings, and negotiations. Resolutions must go through a draft, approval by the dais, and consequent debate and modification.

Information above taken from wikipedia.